Fanaa; or, Song of a Scarf 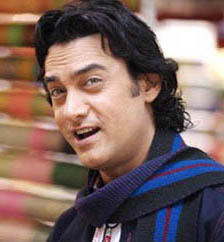 How Rehan loved his scarves... 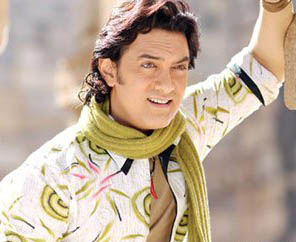 He wore them every day. 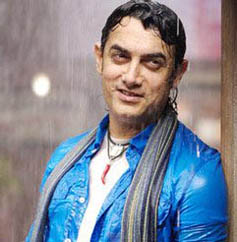 Even when it was raining. 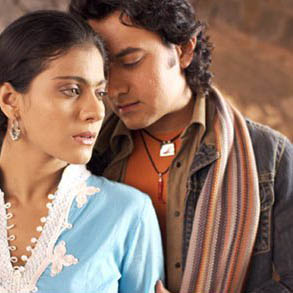 But then he met a pretty girl, who liked scarves too... 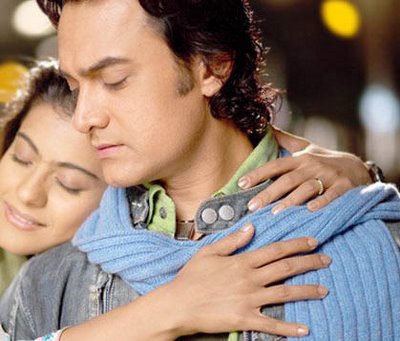 How could Rehan know she was planning on stealing his beloved scarves? 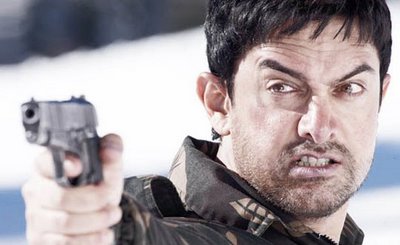 "Gimme back my scarves, you biotch!"

The moral of this tale... Do not grow too fond of scarves. You might get shot.

In some parts of the country, those scarves are referred to as mufflers

In some parts of the country, car exhausts are referred to as mufflers

After watching Amir Khan ham himself into complete mediocrity, I am tempted to twist an exhaust pipe around his neck.

The pretty girl liked scarves because she was blind; she could use him as a guide dog ;)

I didn't like Fanaa, although that could be in part becuase I saw it without subtitles.

As a knitter, though, I actually liked the scarves themselves but found their inclusion in his costuming was completely bizarre, since I saw Fanaa in Delhi in July and the idea of wrapping extra fabric around myself was wildly unappealing. I know Delhi gets "cold" in the winter (I can say that in quotes because I've lived most of my life in the center of North America, where we have a different definition of "cold"), but it didn't seem to be winter in that portion of the movie, so I don't understand why he even had scarves on at all. (Come to think of it, did he actually have any scarves on when they were in the snowy half of the movie?)

As a side note, I saw Fanaa with, yes, my tour guide, who was himself from Delhi. At one point I leaned over and poked him and said "You'd better not turn out to be a terrorist." He didn't. Or if he is one, he's still waaay under cover.

Clothes aside - which I shouldn't do, since this is a costume-related website, but indulge me - the most unbelievable thing about Fanaa was that she didn't recognize his voice. She wasn't an idiot, she was just without vision. Geeze.

Beth: You knit? I crochet! In fact, am tricking DesiDancer out in hats, scarves (and hopefully shrugs!) for those cold Denver winters...

Cute tour guide... bad t-shirt. Someone needed to tell him it was on the tasteless level of "FBI: Female Body Inspector".

I loved Fanaa... found it very moving, despite the occasionally improbable plot points. I was troubled by some of the more physically intimate scenes w/ Aamir & Kajol; I kept worrying about whether or not Ajay would be upset!

Susania - I do indeed! And the clothes in Black were one of my favorite parts! I would kill for patterns for most of the knitwear Rani sported. It's unfortunate for me that it's so hard to combine knitting and Bollywood, as then my life would be complete, I think.

And yes, our tour guide was a-dor-a-ble. The day he wore that shirt was the second day I had even seen him, and I didn't know him well enough to march up to him, smack him on the head, and say "Explain to me how that is work-appropriate clothing!", which I could certainly do now that we're friends. In his defense, he never wore it again - although I did refer to him as "the legend" for the rest of the trip - and he lives at home, so his parents let him out of the house looking like that, apparently.

Beth: I have discovered that crocheting allows me to stitch without actually looking at what I'm working on... which works beautifully when watching Bollywood subtitles!

I think they are using scarf as a proxy to show that he is Kashmiri. I guess they wanted to show even when he was Delhi - a clue.

People from Himalayas do wear scarf or muffler (as they call it) almost every day.

This said, Fanaa was not Aamir's better movies.

Now THAT is useful information! Thanks so much, Kush!

Delhi gets mildly cold by N. American standards. I would say something like deep South (Southern Louisiana and Texas). But the big thing is that the infrastructure is not centrally heated so it is felt more.

Another player is fog.......due to Yamuna (and Ganges in other parts of north India), you have pretty dense fog in Delhi in December. Often, airplanes cannot land in Delhi.

I think (I am guessing) here that Aamir Khan was being dressed as a lower middle class/ middle class kashmiri* when he was a guide in the movie. Later, he was pretending as an Indian army officer.

*Even rishi kapoor is shown wearing a scarf. i think it is the stereotypical depiction of someone from himalayas, and of somewhat humbler (or not yuppie) demeanor. for reference see shimla scenes in bobby or any kashmir related bollywood movie. Over use of scarf is also to show his economic class. Often poorer people in himalayas are more scarf oriented than wearing expensive parkas.

I liked kajol in the movie though, she seemed serious about her role but was not very impressed overall by Fanaa.

PS: All this musing by me is a guess with respect to Fanaa. Who knows what they intended?

***but it didn't seem to be winter in that portion of the movie, so I don't understand why he even had scarves on at all****

it was january in the movie, in fact it is supposed to around january 26th, the republic day (the first scene in the movie) and kajol visits delhi to showcase kashmir for republic day celebrations. delhi would be near freezing and very foggy at the time sans not being centrally heated. with lot of carbon dioxide emissions, delhi is warmer what it was 10 years ago.

PPS: sorry, sorry, sorry for threadjack. i came through sepia mutiny, and desidancer knows my existence.

Kush Tandon, don't you dare apologize! That is all really interesting - honest! - and responses like that are half the reason I keep writing about movies in public - I want to know this kind of thing. I even forwarded your comments to one of my Fulbright colleagues who is interested in cloth and its symbolism in movies. I kid you not. He loved the bit in Fanaa when the dancers look like the Indian flag.

And clearly I should not talk much about movies I have seen without subtitles. That cuts way down on me knowing what I'm talking about.

Please let me know what your Fulbright colleages say and think.

Let's do this thought experiment, if you stepped out of Delhi (a typical north Indian city, and somewhat near to Himalayas) airport in January 6 AM.

100% of poorer/ lower middle class will be wearing a scarf

about 10 % young 20-30 olds will be wearing scarf. maybe, some women, the real fancy expensive ones. when rishi kapoor was young, i think he had a thing about scarves - every movie he would have it. so zeenat aman and praveen babi.

now to older people (60 and above) - almost 50 % irrespective of their economic class.

now if that had been the storyline of the movie it would have done better......

as a kashmiri myself who happens to live in delhi i'm amazed that al of you have missed out on one crucial winter-wear item of clothing, the monkey cap. the scarf in central heating less india is rendered nugatory without the enveloping warmth of the monkey cap.it's always done by the lower grade actors in hindi cinemas, the kakas and the watchmans. pity, it's ubiquitous and terrorism-appropriate attire.

Maybe I don't remember right, but Kajol's character isn't dressed particularly wintery in the Delhi half of the movie, is she?

Now, Beth, if you're going to start expecting CONTINUITY from a Bollywood film, we're gonna have to revoke your... ummm... card. ;)

There does seem to be a tendency to disregard certain weather conditions for women - how many songs on wintry moutaintops have the heroine dressed in a filmy sari?

you guys are hilarious! (welcome, Kush)

I guess that's the excuse I'll start giving-- as Susania knows I need a scarf and ear-flap-cap if it dips below 53 degrees F. So call it my northie Uttaranchal mountainous roots ;)

***it's always done by the lower grade actors in hindi cinemas, the kakas and the watchmans. pity, it's ubiquitous and terrorism-appropriate attire.****

a hero is not going to wear monkey cap in a movie, maybe, for 5 minutes in a comical sequence. i guess rishi kapoor wore one in bobby for a song or so.

i thought about aamir khan's attire in fanaa. i think they wanted to show he was pretending to be a muslim, probably kashmiri, smart aleck, hick during his undercover in delhi - therefore, all the styling.

as for heroines - it can be freezing but they will have white body hugging, rain drenched saree and no winter clothes.

You said everything about his mufflers but nothing about his tom-hanks-davincicode-hair in the first half of the movie..Fanaa was everything Aamir is not. it was a typical yrf movie that belonged to srk..oh well lets hope he doesnt do another one of these blunders

Faana was so weird - the first half was cute and then, huh? I mean, seriously, huh? Were they two totally different movies, wait for this, 'stiched' together? Anyway, scarves are hot, except when they're not.

Haha.Hilarious.You should put the video of chand sitare up too.
He keeps on shaking and giving Jhatkas like he's epileptic.

ha ha ha, love it your post totally cracked me up...but I have to say I rather liked their scarves...

My theory is that someone was trying to draw attention away from Aamir's rounder self these days by adding lots of vertical lines. (Personally, I would sigh in response to seeing him anywhere between 125 lbs. and 500. What's that hyperbole in metric?)

nice song and movie thnx for sharing this
http://9cric.com/